On Tuesday we had our first appointment with his neurosurgeon in a year. The plan was to first do a HASTE MRI then see his surgeon directly after. The day was written in on Alvin's calendar and he knew we would be going to Seattle Children's Hospital that day.

The HASTE MRI is exactly what it sounds like. The procedure is schedule for 15 minutes but it only took about 10 from the time we got back to go lock up our stuff until the time we were done. This was the first MRI he was ever awake for and when we got back he was nervous as we expected but handled it great.

Before we left we took bear and put his superhero cape on him. I told him that superhero bear could stay with him the whole time and protect him and that's exactly what happened.

When the technician had him get on the MRI table super bear was in hand and spent the entire minute or so in the MRI machine with him.

Afterwards we had the meeting that made us nervous. We met with his neurosurgeon Dr. Lee to find out what the results were of the scan.

First we ended up meeting with a resident and went over the big things. We talked about the increase in nose bleeds, headaches and how the seizure diagnosis had been removed. The resident then showed us the scans and the good news is that it isn't any worse and things are stable. The bad news was that the healing that we had hoped would happen during the year just hasn't happened. 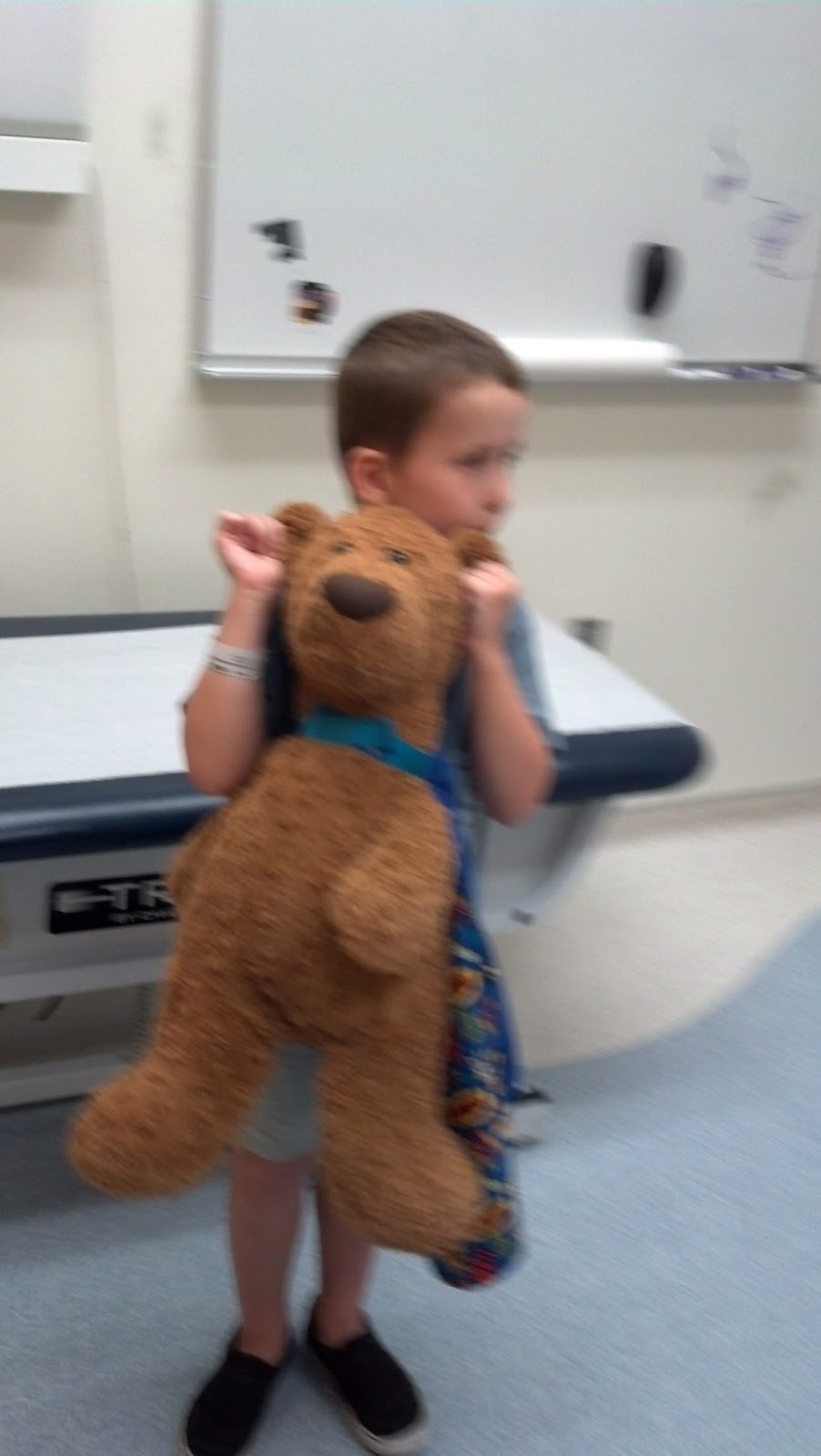 Then we spoke with Dr.Lee and now considers the brain damage that occurred during the first 5 years of his life as permanent. The headaches at this point are just a part of life now. Its just a known side effect for most people dealing with hydrocephalus. The nose bleeds are something completely different and not related to the hydrocephalus luckily.

She is happy with his progress and is happy we are in the complex care management study. We were reminded of the warning signs to watch for with him such as loosing language, lethargic and vomiting and if this starts to rule things out with his pediatrician or urgent care first and then if needed they will send us to the ER for further evaluation.

So now we are back to maintenance mode. Watch for all the signs and of course try and keep him from hitting his head.

The next steps for us in the coming months are oral surgery to remove his extra set of top adult teeth and an autism evaluation this summer. The oral surgery is going to be pretty invasive and leave him with no front teeth for a while and the autism evaluation will hopefully be scheduled soon or at least that is what hope will happen.